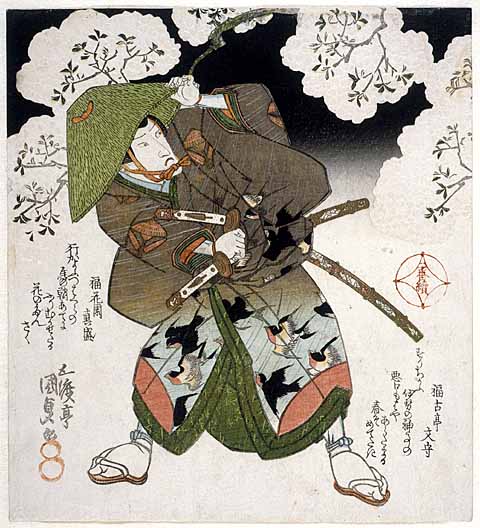 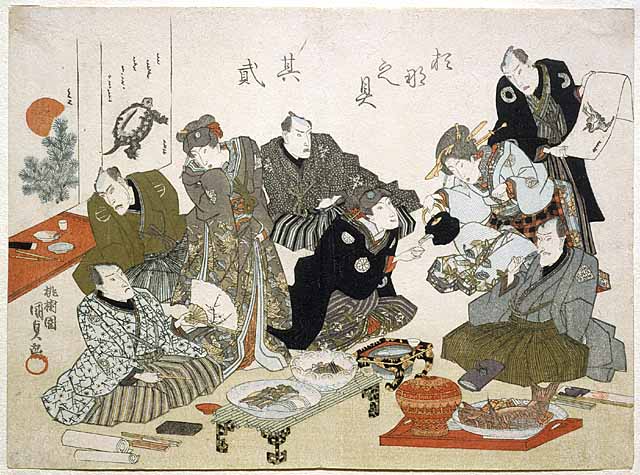 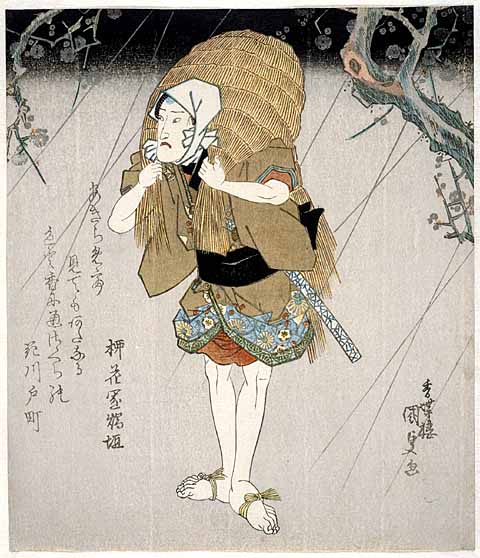 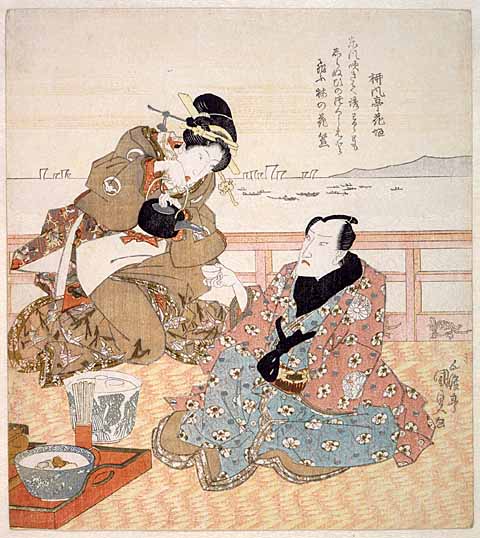 This is a ‘farewell’ surimono depicting the actor Onoe Kikugoro III before he departed on his pilgrimage to the Tenjin Shrine at Dazaifu on Kyushu in 10/1825. He is seated on the second-floor balcony of a Shinagawa restaurant at the start of the Tokaido highway. He had just completed performing in the sensational first performance of the most famous of Kabuki ghost plays, Tokaido Yotsuya kaidan, which had been written for him by Tsuruya Nanboku IV. Kikugoro achieved great fame for using a series of astonishing costume-changing devices in order to perform three central roles.

Kikugoro’s acting crest (mon) appears on the sleeves of his robe. The plum-blossom (gyoyo-giku) pattern was also a personal motif of Kikugoro, whose poetry name was Baiko (‘Plum luck’). Plum was also associated with the Tenjin Shrine. The bat-motif on the waitress’s kimono is a symbol of good luck. The turtle motif on the railing may be the mark of the kyoka poetry club that commissioned the print. 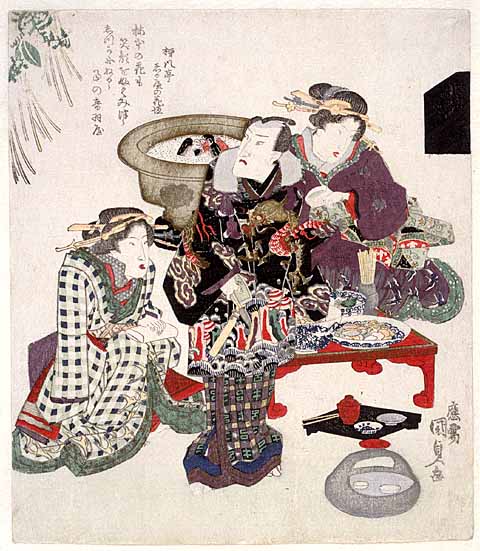 This surimono shows the Kabuki actor Onoe Kikugoro III being entertained on a rainy spring day at Umemoto, one of the three biggest teahouses in Naka-cho. Naka-cho was one of the seven entertainment quarters in the Fukagawa area, which were not officially approved by the government but which flourished in the first quarter of the 19th century.

The entertainment given here was apparently more lively than in the Yoshiwara. The dandy and fashion-leader Kikugoro is portrayed in a kimono woven with his own chequer design called Kikugoro-jima. The black shape at top right is the end of a box containing a shamisen (3-stringed instrument) 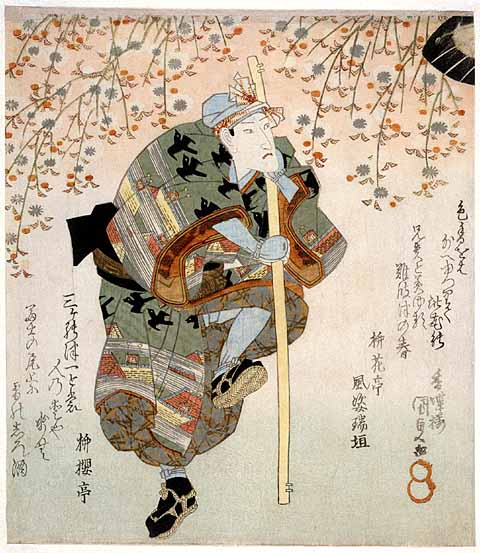 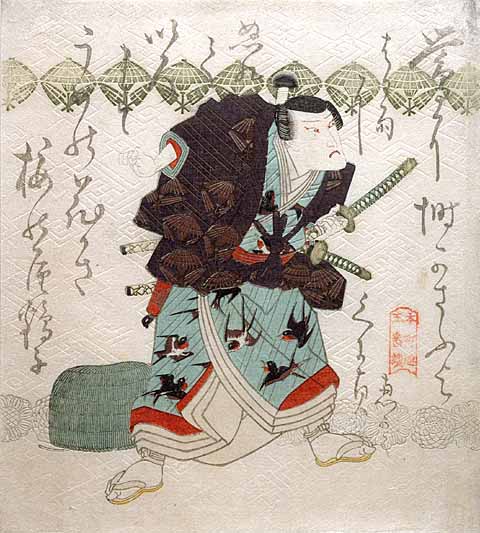 This surimono shows a scene comes from the second half of a famous Kabuki dance drama first performed in 1784. It was set at the barrier gate at the pass on Mount Osaka sometime in the ninth century. Sekibei, posing as a guardian of the barrier, is none other than the villainous Omoto no Kuronushi, who secretly plans to overtake the country. He gets drunk and deduces from the stars reflected in his drinking bowl that he will overthrow the emperor if he performs a ritual using burnt wood from the nearby giant black cherry tree. But when he tries to chop it down, he is halted by the appearance of the spirit of the tree in the guise of the beautiful courtesan Somezome (her name means ‘dyed-black, like the tree). After a series of transformations Somezome is victorious. The poems both allude to the barrier gate (seki no to) in the title of the play; the second, by Shoeitei Tsukiyoshi, makes reference to the appearance of Onoe Kikugoro playing the spirit of the tree:_

The ice of the mountains has melted and
Onoe lingers like haze -
he blooms like flowers at the barrier gate._